skip to main | skip to sidebar

Condos or Cows? Neither! 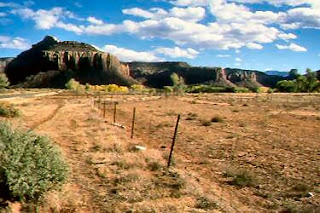 Throughout the country there is a growing fear that subdivisions and sprawl will eliminate open space, destroy wildlife habitat, and lead to ever greater congestion. To counter such a threat, many suggest that we should do everything we can to maintain existing land uses such as farming, ranching, and/or logging on the presumption that these economic land uses will preclude or at least slow development.

However, except in the most densely settled parts of the country, these land uses are the most significant sources for environmental degradation, biological impoverishment, and loss of wildlife habitat. Instead of championing or facilitating the continued biological impoverishment of the landscape by these industries, we should be trying to reduce and hold accountable these industries, while at the same time we seek to control sprawl and subdivisions.

Rather than a choice between condos and cows as is often portrayed, we ought to be saying no to both. Unfortunately far too many people accept the false dichotomy presented by ranching advocates who use the subdivision threat as a club to beat back any criticism or attempts to rein in this destructive land use.

Ranching advocates present a false choice when they assert we must preserve ranching or suffer unrestricted sprawl. It is a seductive argument that remains, for the most part, unexamined. Many, even in the environmental community, accept the notion that if we only support and even subsidize resource extraction industries like farming, ranching, and logging, sprawl will be contained or slowed because land owners won’t sell to developers.

Of course if this assumption were true, we would not have sprawl. Even the most productive and valuable farmland in the West—California’s Central Valley—agricultural lands are being sold for development So how can anyone expect some cow beat pasture along the Wasatch Front near Salt Lake City or outside of Boise to compete against development as a housing tract?

It is higher land prices that contribute to sprawl, not the mere availability of land. There are millions of acres of private land for sale right now in North Dakota that many there wish someone would buy. It’s cheap. It’s available. So why isn’t North Dakota being swamped by real estate developers anxious to subdivide? The reason is that almost no one wants to live in North Dakota and many of the people stuck there want to leave—if only they could sell their property to someone.

But if you own land where people want to live—places like Montana’s Bitterroot or Gallatin Valleys, Colorado’s Front Range, the deserts around Phoenix and so on, than your property can be sold for way more as a housing site than it can return growing cows. Not surprisingly, many ranchers and farmers find this an attractive way to fund their retirement or leave a financial legacy for their children.

SPRAWL AND ITS IMPACTS

There is no denying that sprawl is socially and ecologically detrimental to human and wildlife communities. Sprawl fragments wildlife habitat, raises costs for services, increases energy use, forces longer commutes, requires more roads, spreads weeds and causes many other negative impacts that affect everything from taxes to wildlife migration patterns.

Nevertheless, as bad as these effects are upon landscape integrity, the majority of development in the West occurs around urban centers, where jobs, educational opportunities and amenities are found. Most westerners may have an exaggerated perspective on land use changes that are occurring in the West because the vast majority of the West’s population live in urban areas where we experience these negative impacts daily.

According to the U.S. Department of Agriculture own figures, only 3.5 percent of the lower 48 states is developed—this includes all the highways, shopping malls, and housing tracts in the country. By comparison livestock production impacts 60-65% percent of all land area in the U.S. This figure includes public and private lands that are grazed, and farmland used for forage crop.

Looking at the West, we see the same disparity between developed land and lands affected by animal agriculture. For instance, a GAP analysis conducted by the U.S. Geological Survey shows that only 530,000 of Colorado’s 66 million acres are affected by development, whereas 33 million acres are grazed by livestock.

Worse yet, more than 15,722,500 acres of Colorado’s farmland are devoted to livestock forage crops such as feeder corn and alfalfa. These agricultural fields are every bit as disastrous as shopping malls for most wildlife. At best they are vastly simplified ecosystems. Hay or corn fields typically consist of a single species of exotic plant that are removed annually. Many of these crops are irrigated and guzzle precious water. Such fields effectively fragment and degrade more terrestrial and aquatic ecosystems than all urbanization and sprawl combined many times over.

Don’t take my word for it—get up in an airplane and stare out the window. I guarantee that if you fly anywhere over the West, once you leave the immediate area of a major urban area, what you will see is not subdivisions, malls, or anything else we call sprawl—instead what one will see for mile after mile of biologically impoverished lands used for ranching—either grazed lands and/or hay fields and other crops planted to sustain cattle.

As anyone who has flown over Montana or driven along its empty highways can attest that there’s a lot of undeveloped land in the state. Recent population figures indicate that 87 percent of Montana’s land area has fewer than 6 people per square mile! That’s the cut off figure used by the Census Bureau to define “frontier counties” in the 1890 census.

The sparse human imprint is supported by a recent GAP analysis which found only 0.17 percent (about 200,000 acres) of the state’s 93 million acres affected by development. In contrast, nearly 70 percent of the land is grazed, and more than 5.5 million acres consist of irrigated crops that feed livestock.

For all intents and purposes, most of Montana is still uninhabited. If “open space” were synonymous with good wildlife habitat, there would be no endangered species in Montana.

So why are prairie dogs, black-footed ferrets, wolves, grizzly bears, swift foxes, sage grouse, Columbian sharp-tail grouse, Montana graylings and countless other threatened or endangered species unable to thrive in a place that’s practically deserted?
The problem is clear. Animal agriculture has devastating effects on species and ecological processes such as predation, fire and nutrient flow.

While ranching advocates are quick to point out the negative impacts of sprawl—as they should—they fail to apply the same critical analysis to the social and ecological effects of livestock production.

The cumulative impact of livestock production across the West explains why it is responsible for more endangered species than any other land use. Livestock production is the largest source of non-point water pollution and soil erosion, the greatest consumer of water and a major contributor to wildfires. It’s also a chief reason why predators such as wolves and grizzlies have been reduced to token populations.

Turning a blind eye to ranching impacts won’t prevent sprawl. At best, the hope that livestock production can contain sprawl is a blunt tool. It is a passive, unfocused approach that occasionally results in “coincidental conservation.”

If we want to control sprawl, there are effective, active methods that work: zoning, planning, conservation easements and outright acquisition. Though all have drawbacks, they can restrict or guide development. States such as Oregon and California (through the Coastal Commission) have instituted statewide or regional zoning that has dramatically reduced sprawl. And of course the single best means of protecting important wildlife habitat or other public values is outright public acquisition. California, for instance, recently passed a $5 billion plus bond issue to fund, among other things, new park acquisitions. Voters in Nevada, Colorado and Arizona have also approved bond issues to fund land acquisition.

The argument that we must choose between condos and cows (or clearcuts and condos) is a false one. Neither is desirable, and both should be restricted as much as possible. If we enact proven land conservation policies like zoning and planning, ramped up public acquisition of critical lands, and simultaneously reduce the amount of land devoted to livestock production, the West will be a better place than it is today, even as more people discover its wonders and desire to live here.
Posted by George Wuerthner at 8:55 AM

If you plan to move to North Dakota for good, you should think of checking out the 55thCrossing development as they have some of the best properties in that area.

George Wuerthner
I'm an ecologist who has traveled widely around the United States with a particular interest in public lands issues. I'm also a professional photographer and writer who has published 34 books.